He was accompanied by Joint Director, Geology and Mining, Kashmir, Nisar Ahmed and DMO Srinagar, Javid Ahmed Rather besides other officials of the department.

Secretary visited the active limestone mining sites and inspected the ongoing extraction works there. He asked the officers to ensure that all norms are being complied with strictly during conduct of mining operations.
Secretary emphasized that there should be total compliance of the NGT directions and all endeavours should be made for getting environmental clearances in time. He asked the concerned for initiating strict action against the defaulters, if found any on this account, under the provisions of various laws.

He expressed satisfaction over the ongoing works at this captive site wherein extracted limestone is being directly used as raw material in cement manufacturing plants located adjacent to these mining sites. He directed the concerned for taking requisite steps for e-auctioning of limestone at other pending sites in J&K should be completed at the earliest so that public could be benefitted.

Secretary asked the officers to channelize efforts towards exploration and conduct of geological studies which is core mandate of the department.

Amit Sharma further directed for completion of ongoing exercise of creation of online e-Marketplace for purchasers of minor minerals and creation of e-Challans strictly as per timelines so as to bring total transparency in ongoing Mining Operations inside entire Jammu and Kashmir.

The officers assured that all returns are being filed on a regular basis apart from conduct of surprise checks by the teams at all the active sites from time to time. 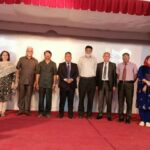 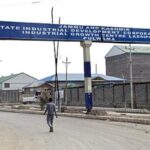