The order comes in the backdrop of probe done by the State Investigation Agency (SIA) of Jammu and Kashmir Police which alleged gross illegalities, outright frauds, mass-scale encroachment of Government lands by FAT.

The FAT, according to the officials, is an affiliate of Jamat-e-Islami (JeI) which is proscribed by Ministry of Home Affairs under the provisions of Unlawful Activities Prevention Act.

Almost all FAT schools numbering over 300 have been found to be existing on illegally-acquired government and community land wherein land was occupied by coercion, at gunpoint as well as colluding with Revenue officials who made wrong entities in Revenue documents by committing fraud and forgery, the officials said.

The SIA has already registered FIR in such matter and the agency is expanding the ambit of these investigations to unearth all such frauds, unauthorised entities and forgeries that have been been committed in last 30 years at the behest of terrorists and for other considerations which include monetary gratifications, the officials said.

This is a news agency generated news item. Ziraat Times has edited the headline 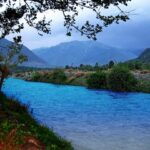 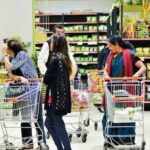