“We rejected the ship before it entered Egypt,” he told Reuters, adding that Turkish quarantine authorities had already blocked the arrival of the vessel.

Separately, Egypt, the world’s biggest importer of wheat, was expecting the arrival of its first ever Indian wheat shipment later on Saturday, purchased by the Egyptian private sector.

Supply minister Aly Moselhy said in May that a deal with India to directly purchase 500,000 tonnes of wheat outside the usual tender system had been agreed but not yet signed.

In April, Egypt’s agriculture ministry announced it had approved India as a source of wheat supplies as the North African country seeks to supplant purchases disrupted by Russia’s invasion of Ukraine.

India’s government confirmed that it would still allow shipments awaiting customs clearance and exports to Egypt.

Moselhy previously said that the Indian ban would not apply to a government deal with Egypt.

Egypt has procured 3.5 million tonnes of local wheat during the harvest season so far, a senior official in the ministry of agriculture told Reuters on Saturday.

The wheat procurement season ends in August, he added.

Amid reports of Turkey rejecting an Indian wheat consignment on quality concerns, Food Secretary Sudhanshu Pandey on Thursday had said the government has sought details from the Turkish authorities on the matter as the concerned exporter ITC Ltd has claimed that the shipment of 60,000 tonnes had all the required clearances.

Asked about Turkey rejecting the Indian wheat consignment on phytosanitary concerns, Pandey told reporters: “We checked up on this report. It was ITC and it met all the requirement of the quality.” The consignment had around 60,000 tonnes of wheat, he said.

ITC, a major wheat exporter, has informed the government that it had sold the wheat to a Geneva-based company, which further sold the commodity to a Turkish firm. All financial transactions had happened, Pandey said.

“Before payment, all local clearances must have been done. Quarantine had happened in India also. This is what the company has told us. …Their financial transaction…including Turkish importer was complete,” he added.

The secretary further said the Agriculture Department and agri-export promotion body APEDA have got in touch with the Turkish quarantine authorities on this issue.

“They have not heard anything from them. There is no formal communication as yet,” he noted.

India banned wheat exports on May 13 to keep local prices under control amid a slight estimated fall in domestic output. However, it allowed shipment of those consignments which were registered before the ban came into force. 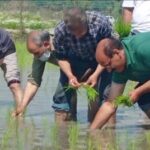 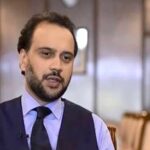