Microsoft Corp. co-founder Bill Gates said he thinks cryptocurrencies and NFTs are “100%” based on the greater fool theory.

The 66-year-old billionaire was referring to the notion that overvalued assets will keep going up because there are enough people willing to pay high prices for them. He joked that “expensive digital images of monkeys” would “improve the world immensely.”

Mr. Gates, who for years has lampooned cryptocurrencies, said Tuesday at a TechCrunch event in Berkeley, Calif., that people bought cryptocurrencies and NFTs based on the idea that, no matter its price, it could be sold for higher because “somebody’s going to pay more for it than I do.”

He said that he wasn’t involved in “any of those things” either long or short. Other wealthy investors and executives, including Warren Buffett and Jamie Dimon, have also expressed skepticism about cryptocurrencies. Mr. Buffett once called bitcoin “rat poison squared.”

NFTs, or nonfungible tokens, are digital proofs of a purchase for goods like art, digital music and sneakers. After surging in popularity, their demand appears to be flatlining recently. Rising interest rates have crushed risky bets across the financial markets—and NFTs are among the most speculative.

Further waves of reckoning have swept through the cryptocurrency industry this week. Crypto exchange Coinbase Global Inc. said it would cut almost a fifth of its staff and crypto lender Celsius Network LLC, one of the largest crypto lenders, told users on Sunday night that it was pausing all withdrawals, swaps and transfers between accounts because of extreme market conditions. The company has hired a law firm to examine restructuring options.

Mr. Gates is the world’s fourth-richest person with a net worth of $113 billion, according to the Bloomberg Billionaires Index. He wrote in a Q&A session on Reddit last month that he didn’t own any cryptocurrencies.

“I like investing in things that have valuable output,” he said.

“The value of crypto,” he added, “is just what some other person decides someone else will pay for it.” 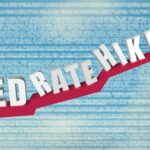 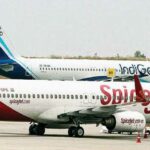