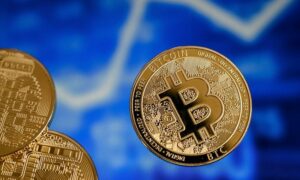 Yuri Popovich had watched his neighbours’ houses burn down to the ground in Kyiv and he needed a safe place to put his money. So he did what millions of amateur investors have done in recent years: he turned to cryptocurrency.

“It was impossible and unsafe to store funds in the form of banknotes. There was a big risk of theft, we also had cases of looting. Therefore, I trusted a ‘stable and reliable’ cryptocurrency. Not for the purpose of speculating, but simply to save,” he says.

The digital asset that Popovich chose in April was terra, a “stablecoin” whose value was supposed to be pegged to the dollar.

It collapsed in May, sparking a rout in the cryptocurrency market whose victims include Popovich. He lost $10,000 (£8,200).

Popovich says his losses were “devastating”, although donations from sympathetic onlookers on social media have helped make up some of the shortfall. He says: “I stopped sleeping normally, lost 4kg, I often have headaches and anxiety.”

Popovich is one of many experiencing the deep chill of the current crypto winter, more than four years after the market’s cornerstone, bitcoin, marked the first digital freeze by tumbling from its then peak.

It went on a long tear after that but it has come to a juddering halt, with bitcoin falling below the $20,000 mark at one point this month – far below its peak of nearly $69,000, which it hit last November.

The fall has been sharp and spectacular: an overall market that was estimated to be worth more than $3tn barely six months ago is now worth less than $1tn.

The beginnings of the latest crypto boom held all the hallmarks of being another instance of the “Robinhood economy”, named after the popular American stock trading app.

Bored white collar workers, stuck at home because of pandemic lockdowns but awash with disposable income, turned to day trading as a way to pass the time. Subscribers to the r/WallStreetBets forum on the popular online discussion site Reddit doubled over the course of 2020 and then quadrupled in the first month of 2021, as a small army of retail investors flooded into assets as varied as the then bankrupt car rental company Hertz, the troubled video game retailer GameStop and the electric car manufacturer Tesla, pushing the latter from $85 at the beginning of the pandemic to a high of $1,243 towards the end of 2021.

Cryptocurrency is the name for any digital asset that works like bitcoin, the original cryptocurrency, which was invented in 2009. There is a “decentralised ledger”, which records who owns what, built into a “blockchain”, which secures the whole network by ensuring transactions are irreversible once made. In the years since then, a dizzying amount of variations have arisen, but the core – the blockchain concept – is remarkably stable, in part because of the social implications of truly decentralised networks being immune to government oversight or regulation.

Where, 10 years ago, people simply spoke of trading in bitcoin, the space has ballooned. As well as cryptocurrencies themselves, , the sector has developed in a complex ecosystem.

And then: the crash

The crypto crisis has played out against the backdrop of wider market problems, as fears over the Ukraine conflict, rising inflation and higher borrowing costs stalk investors. Some market watchers play down the prospect of a crypto crash triggering serious problems elsewhere in the financial markets or the global economy. The total value of all cryptocurrencies is about $1tn currently (with bitcoin accounting for about 40% of the total), which compares with approximately $100tn for the world’s stock markets.

Since November the value of all cryptocurrencies has fallen from $3tn, meaning that $2tn worth of wealth has been wiped out, with no serious knock-on effects to the broader stock market – so far.

Teunis Brosens, the head economist for digital finance at the Dutch bank ING, says the traditional financial system is relatively well shielded because established banks – the cornerstones of the financial world that buckled in 2008 – are not exposed to cryptocurrencies because they do not hold digital assets on their balance sheets, unlike during the financial crisis when they held toxic debt products related to the housing market.

“What has happened in the crypto market has caused great losses for some investors and it’s all very painful and not something I want to downplay,” he says. “But it would be overplaying the role that crypto currently has in the economic and financial system if you were to think there could be systemic consequences for the wider financial system or even a global recession directly caused by crypto assets.”

To date, the turmoil has been limited to the crypto sector. Digital assets have been hit by some of the same economic issues that have affected the wider global economy and stock markets. Bitcoin and other cryptocurrencies have been affected by concerns over rising inflation and the ensuing increases in interest rates by central banks, which has made risky assets less attractive to investors. This meant that as stock markets declined, so too did crypto assets.

But the collapse last month of terra also hit confidence in cryptocurrencies. In June, a cryptocurrency lender, Celsius, was forced to stop customer withdrawals. And a hedge fund that made big bets on the crypto markets slid towards liquidation.

Crypto investors and firms that had made bets on the crypto market using digital assets as collateral were forced into a selling spree.

Kim Grauer, the head of research at the cryptocurrency data firm Chainalysis, says: “It was a combination of the stock market plus the kind of excessive reaction that is typical of crypto markets because of these cascading liquidations. In this case the key event was terra.”

She added: “Crypto is not going away. And it has experienced crashes more severe than this crash.”

Regulators and various government agencies are looking closely. Harry Eddis, the global co-head of fintech at Linklaters, a London-based law firm, says recent events in the crypto asset market will strengthen regulators’ determination to rein in the industry.

“I think it will certainly stiffen the sinews of the regulators in saying that they’re more than justified in regulating the industry, because of the obvious risks with a lot of the crypto assets out there,” he says.

In the UK, the financial watchdog continues to expand safeguards on crypto products. Its latest proposals on marketing crypto products to consumers could lead to significant restrictions on crypto exchanges operating in the UK. Consumers reported 4,300 potential crypto scams to the Financial Conduct Authority’s website over a six-month period last year, far ahead of the second place category, pension transfers, which had 1,600 reports. The FCA has 50 live investigations, including criminal inquiries, into companies in the sector.

The terra collapse has also heightened regulatory concerns about stablecoins, because they are backed by traditional assets and therefore could pose a risk to the wider financial system. In the UK, the Treasury wants a regime in place for dealing with a stablecoin collapse, saying in May that a terra-like failure could endanger the “continuity of services critical to the operation of the economy and access of individuals to their funds or assets”.

“Even just the top three stablecoins hold reserves totalling $140bn in traditional assets, much of this being in commercial paper and US treasuries. A run on redemptions of the largest coin (tether) could destabilise the entire crypto asset system and spill over into other markets,” says Carol Alexander, the professor of finance at University of Sussex Business School.

Elsewhere, the EU is drawing up a regulatory framework for crypto assets with the aim of introducing it by 2024, while in the US Joe Biden has signed an executive order directing the federal government to coordinate a regulatory plan for cryptocurrencies including ensuring “sufficient oversight and safeguard against any systemic financial risks posed by digital assets”. The Federal Trade Commission, the US consumer watchdog, says 46,000 people have lost more than $1bn to crypto scams since the start of 2021.

In general, regulators have been talking tough about cryptocurrencies. The chair of the FCA has called for “strong safeguards” to be put in place for the crypto market, while the head of the US financial regulator has warned consumers about crypto products promising returns that are “too good to be true”, while Singapore has said it will be “brutal and unrelentingly hard” on misbehaviour in the crypto market.

‘I’m sure crypto will bubble again’

Where crypto goes from here is an unanswerable question. For proponents, such as Changpeng Zhao, the multibillionaire owner of the Binance cryptocurrency exchange, the sector is sure to recover – though it might take some time. “I think given this price drop … it will probably take a while to get back,” he told the Guardian last week. “It probably will take a few months or a couple of years.”

For sceptics, however, the plummet could be a lasting wound. “Bitcoin will be around for decades,” says David Gerard, author of Attack of the 50-Foot Blockchain. “All you need is the software, the blockchain and two or more enthusiasts. Unless there’s new stringent regulation, I’m sure crypto will bubble again. But if there’s a genuine consumer bubble, it may not reach the heights of this one. The 2021-22 bubble made it to the Super Bowl. As many a dotcom found out 20 years ago, there’s nowhere to go from there – you’ve reached every consumer in America.” 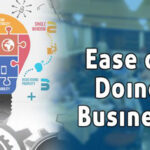 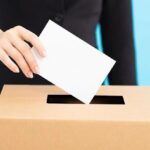