The Director Agriculture, Jammu,  informed that about 5.70 lakh farmers of Jammu Division also received the benefit under this scheme today directly in their accounts, an official statement received by Ziraat Times said today.

As part of a national event ‘Garib Kalyan Sammelan’, Prime Minister also interacted with beneficiaries of 16 welfare schemes and programmes through video conferencing.
Speaking on the occasion, Director Agriculture Jammu outlined that purpose of PM KISAN Scheme is to provide respect to the Anadata of this nation in the shape of financial assistance. He said that Department is working towards achieving 100% Adhaar based e-KYC verification of all farmers under PM KISAN. He also encouraged the farmers to come forward and avail benefit under various social sector schemes like PM Kisan Man Dhan Yojna, E-Shram, Kisan Credit Card etc, while focusing on diversified farming for additional source of income.

Similar functions were held on this occasion in all districts of Jammu Division at District, Tehsil, Block, and Panchayat levels where large number of farmers, DDC, BDC members, Sarpanchs and Panchs watched the live streaming of the PM-KISAN. 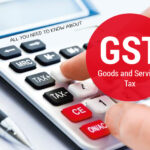 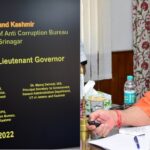