During Pakistan Prime Minister Shehbaz Sharif’s visit to Saudi Arabia, a deal was secured as per which the Gulf country will provide Islamabad with a financial support package of around USD 8 billion, according to a media report.

The financial package will include doubling of the oil financing facility, additional money either through deposits or Sukuks and rolling over of the existing USD 4.2 billion facilities, The News newspaper reported.

“However, technical details are being worked out and it will take a couple of weeks to get all documents ready,” the report said, citing top official sources.

While PM Sharif has left Saudi Arabia, Pakistan’s finance minister Miftah Ismail has stayed back to finalise the financial package.

In December 2021, Saudi Arabia provided USD 3 billion deposits to the State Bank of Pakistan. The Saudi oil facility was operationalised from March 2022, providing Pakistan with USD 100 million to procure oil.

In the last tenure of the Pakistan Muslim League (N) government from 2013-18, Saudi Arabia had provided Pakistan with a USD 7.5 billion package.

Under the previous regime headed by Imran Khan, Saudi Arabia provided a package of USD 4.2 billion, including USD 3 billion deposits and a USD 1.2 billion oil facility for one year and linked it with an IMF programme.

(With inputs from PTI) 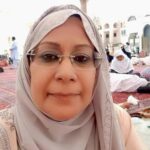 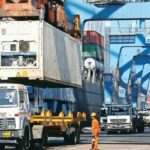