In recent years, concerns about the use of antimicrobial products in food producing animals have focused on human food safety, as food of animal origin are often identified as the vehicles of food borne disease in humans and also vehicles of resistant food borne pathogens and genetic material.

When any animal is treated with an antimicrobial drug, a selective pressure is applied to all bacteria exposed to the drug. Bacteria that are sensitive to the antimicrobial are killed or put at a competitive disadvantage, while bacteria that have the ability to resist the antimicrobial have an advantage and are able to grow more rapidly than more susceptible bacteria. In addition, bacteria can become resistant when resistance genes are passed from a resistant bacterium to a sensitive one. Thus, antimicrobial agents may increase the prevalence of resistant bacteria among both target pathogens and normal bacterial flora. Therefore there is a need of alternatives to antibiotics so that the emergence of antibiotic resistant bacteria can be avoided in livestock including poultry. Organic acids are one among the antibiotic alternatives for livestock.

Organic acids as alternative to antibiotics

Withdrawal of antibiotics from poultry feed have created the need for alternatives that would influence improvement of healthy production traits of broiler chickens and safety for human consumption of poultry products. Antibiotic growth promoters (AGPs) have been widely used in poultry diets for years. The use of AGPs, however, has been either regulated or banned because of public health concerns over possible antibiotic residual problems and the development of antibiotic resistant bacteria. Consequently, many researchers have searched for potential alternatives to AGPs. Organic acids, organic minerals, bacteriophages, probiotics, and prebiotics have been suggested as useful dietary means for compensating the loss in productive performance when AGPs are removed from poultry diets. Among these alternatives, dietary organic acids have gained great attention because of their antimicrobial activity against pathogenic bacteria and the fact that these compounds can induce a pH reduction in the gastrointestinal tract (GIT), which can improve nutrient utilization in poultry diets. Dietary acids for poultry diets are classified as inorganic and organic acids. However, organic acids have been more often used for poultry diets. Organic acids can be defined as carboxylic acids including fatty acids, which have the chemical structure of R-COOH with acidic properties. However, not all organic acids have been used as feed additives in poultry diets. Short chain fatty acids such as formic (C1), acetic (C2), propionic (C3), and butyric acid (C4), and other carboxylic acids such as lactic, malic, tartaric, fumaric, and citric acid have been most commonly used in the poultry industry because their chemical and physical properties are applicable to poultry diets.

Acidifiers, particularly, the short chain fatty acids, acetate, propionate and butyrate have contributed greatly to the profitability in poultry and also provide people with health and nutritious poultry products. The mechanism of action for controlling the microbial growth includes:

Accumulation of toxic anions in bacteria.
Disruption of bacteria’s cellular membrane.
Organic acids exert their antimicrobial action both in the feed and in the GI-tract of the animal. The antibacterial effect of dietary organic acids in chickens is believed to occur in the upper part of the digestive tract (crop and gizzard). Following the addition of a combination of formic and propionic acid, high concentrations of these acids could only be recovered from crop and gizzard.

Advantages:
Helps to maintain an optimum pH in the stomach, allowing correct activation and function of proteolytic enzymes.
Aids in total protein digestion in the stomach.
Stimulates feed consumption.
Inhibits the growth of pathogenic bacteria.
Improves protein and energy digestibilities by reducing microbial competition with host nutrients and endogenous nitrogen losses.
Lowers the incidence of sub clinical infections and secretions of immune mediators.
Reduces the production of ammonia and other growth depressing microbial metabolites.
Increased pancreatic secretion and trophic effects on gastrointestinal mucosa conferred by the acidifier helps to establish the pH optimum for phytase.

Effects on nutrient utilization
Reduced pH in the upper part of the GIT may increase nutrient digestibility, and therefore,
nutrient utilization in diets. In the stomach, a reduction in gastric pH activates pepsinogen and
other zymogens by adjusting gastric acidity closer to that required for optimal activity; this increased enzyme activity can improve the digestion of proteins and possibly other nutrients. Furthermore, acidic digesta may decrease gastric emptying, and therefore provide more time for nutrient digestion in the GIT. Several researchers have demonstrated that dietary supplementation of organic acids can improve the retention of protein and other nutrients.

An increased population of pathogenic bacteria in the GIT often results in reduced growth performance of broiler chickens. Therefore, the prevention of pathogenic bacterial over-growth in the GIT may be one of the most important strategies for enhancing growth performance when supplemental AGPs are not used in animal diets. Organic acids can easily penetrate the bacteria cell wall and disrupt normal cellular functions, including replication and protein synthesis of bacteria. The proposed sequential mechanisms of bactericidal action are followed as: (1) acid form of organic acids (protonated form) can penetrate across the bacteria cell wall, (2) penetrated organic acids within bacterial cells dissociate into the conjugated base form (non-protonated form) with a concomitant reduction in cellular pH, and (3) decreased pH creates a stressful environment leading to cellular dysfunctions, and thus prevents bacterial growth. Such reactions are likely to occur mainly with pH-sensitive bacteria species, which include the wide range of pathogenic bacteria.

Best method to control mould growth in stored grains or mixed feed is achieved by limiting the moisture availability to microbes. Moulds and fungi prefer to grow on a medium that contain moisture greater than 15%. Unfortunately, it is very difficult in practical conditions to ensure that all pockets of feed and grain are adequately dry. In situations where moisture control in grain or mixed feed is logically difficult, the development of mould growth can be prevented or delayed by including mould inhibitors in feed. Many mould inhibitors are composed of organic acids, such as propionic or acetic acid. Adding these acids at up to 0.25% of feed simply lowers the pH and prevents mould growth. Most acids are efficacious and their effect remains as long as the acid is not volatilized. Variable results can sometimes be seen with mould inhibitors, and this may relate to inherent buffering capacity of various ingredients. While corn and soy are neutral or slightly acidic (6.2-7), fish meal can be very acidic at around pH 5.3. Perhaps the major variable is mineral content, because limestone and phosphates will act as natural buffers, with formation of calcium proprionate which has greatly reduced antifungal properties. Diets of laying hens that contain high level of limestone would therefore need more organic acid as antifungal, than would a low calcium broiler grower diet. Organic acids are very corrosive to metallic poultry equipments.

It has been reported that dietary organic acids can increase phosphorus utilization in corn-soybean meal diets fed to broiler chicken. Phosphorus utilization may be increased due to the chelating properties of organic acids with calcium, which can result in increased phytate-phosphorus solubility, increasing their ability to be hydrolyzed. Some researchers have also proposed that organic acids may stimulate energy metabolism by providing energy sources for epithelial cells in the GIT. For instance, some organic acids such as fumaric and citric acids are intermediates of the tricarboxylic acid cycle, and butyric acid is the direct energy source for epithelial cells in the gastro-intestinal tract. However, no data has elucidated the cellular roles of organic acids in the energy metabolism of broiler chickens.

Antibiotic growth promoters in poultry industry are being greatly replaced by alternatives like organic acids due to the emergence of antibiotic resistant strains of microbes. Poultry diet and drinking water supplemented with organic acids and their salts have been used for broilers and layers for many years. This is found to have antimicrobial activity against pathogenic bacteria, improving the gut health and effective utilization of nutrients. Organic acid supplementation enhances the performance of broilers and layers, and improves specific and non-specific immunity in birds. In practical conditions, supplementation of the salt form of organic acids is advantageous because of their odourless, solid, less-volatile, less corrosive and more soluble nature.

The writer is a Field Veterinarian Department of Animal Husbandry, J&K and Ex Technical Manager at Venkys India Ltd. 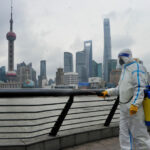 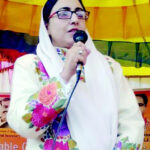