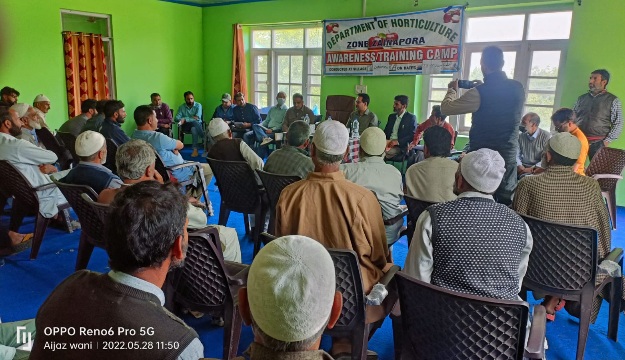 At the outset, the visiting team held an interaction with the farmers at the common Facility Centre Zainpora. The interaction was attended by a large number of orchardists. During the interaction, Director Horticulture patiently listened to various issues and grievances of the farmers especially regarding leaf miner infestation and assured them that all the possible steps will be taken to address their grievances.

He was accompanied by Scientists form SKUAST-K, Chief Horticulture Officer Shopian, Subject Matter Specialists of the Department, Farm Manager, Advanced Centre for Horticulture Development (ACHD), Zainpora and other field functionaries of the Department of Horticulture. The main purpose of the visit was to review the present status of leaf miner infestation in the area.

Later, Director Horticulture along with the team of experts visited some of the orchards in Zainpora and the adjoining villages to assess the severity of leaf miner infestation in the area. Speaking on the occasion, he advised the orchardists not to panic and assured them of full cooperation from the Department in controlling the spread and in eradicating the pest from the area. He directed the field functionaries to utilize all means of extension like awareness camps, posters, print, electronic and social media to create awareness among the farmers about the management practices for controlling the pest. He advised the farmers to follow in letter and spirit all the advisories issued by the Department of Horticulture and SKUAST-K for controlling the pest and hoped that none of the orchardists will skip the advisories.

Later Director Horticulture vsited various high-density apple orchards of the area and appreciated the hard work done by the farmers. He advised the orchardists to maintain a close liaison with the field functionaries of the Department of Horticulture and at the same time directed the officials of the Department to provide necessary guidance to the farmers from time to time. 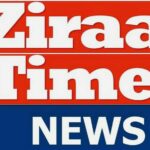 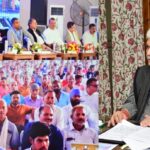