Srinagar, May 5: The mainstream political parties in Jammu and Kashmir here have expressed resentment against the final report tabled by the delimitation panel about the delimitation of constituencies here in the Union Territory.

National Conference (NC) in a tweet said that they are studying the implications of these recommendations for individual assembly constituencies.

“We have seen the final recommendations of the Delimitation Commission. We are studying the implications of these recommendations for individual assembly constituencies. No amount of gerrymandering will change the ground reality which is that…,” JKNC tweeted.

“……whenever elections are held the voter will punish the BJP & it’s proxies for what they have done to J&K over the last 4 years,” it wrote.

Peoples Democratic Party (PDP) in a statement said that the party from day one has looked at the delimitation exercise as an extension of the process started on August 5, 2019 to disempowered people from a particular community and a region.

“The final draft has proved our fears right again. The GoI has used or misused independent institutions to turn the electoral majority into a minority by using geography, access as a ruse. It will be for the first time in the electoral history of the country that elections are being rigged long even before the first vote is cast. It’s another sad chapter of history written by the rulers sitting in New Delhi,” PDP spokesman said.

In a statement issued to the news agency—Kashmir News Observer (KNO), Peoples Conference (PC) said that the delimitation report is a repeat of the past. “Same traditional entities are calling the shots behind the scenes. Kashmir has been discriminated against as in the past. No change. Only the degree of disempowerment is greater,” the statement said.

“Over the last six decades, Kashmir’s share of assembly seats in the J&K assembly increased from 43 to 47 while Jammu’s share rose from 30 to 43. Who is responsible for systematic disempowerment of Kashmiris from 1947? Those who aided and abetted in the journey from Jammu’s 30 to 37 are the ones who aided and abetted from 37 to 43”, the statement said.

The statement further said that the PC had hoped that Kashmiri parties stayed away and not diluted the stigma associated with a people-less process, which was essentially a tool for disempowerment of Kashmiris.

CPI (M) in a statement said that the Delimitation Commission has submitted its final report despite constitutional freeze on the increase or decrease of Parliamentary  or Assembly seats.

“Though the Delimitation Commission was constituted under the Delimitation Act of 2002 but has re-drawn the constituencies of UT of JK in accordance with the previsions of J&K Re-organisation Act 2019 which has been challenged in the Supreme Court. The said Re-organisation Act modified the law of enfranchisement of J&K. Voting rights for the State Assembly which were restricted to only permanent residents have been extended to non-state subjects also. The exercise is bound to disempower the people of Jammu and Kashmir in the long run,” CPI (M) said. —(KNO) 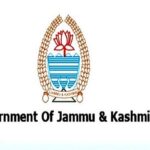 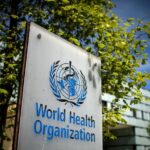