Srinagar, May 16: The National Family Health Survey (NFHS) for 2019-21 has revealed that J&K has lowest fertility in the country and there has been a decline of 0.6 percent fertility rate in J&K since 2015-16 when the last survey was conducted.

“The total fertility rate (TFR) in Jammu & Kashmir is 14 children per woman, which is below the replacement level of fertility. Fertility has decreased by 0.6 children between NFHS-4 and NFHS-5,” the report added.

“The most significant differentials in fertility are by place of residence, caste/tribe, and schooling. At current fertility rates, women with no schooling will have an average of 0.7 more children than women with 12 or more years of schooling. Similarly, other backward caste women will have 0.4 more children than women who are not in scheduled caste/tribe or another backward caste,” it said. 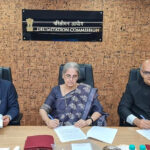 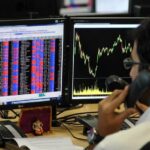