With this approval, WhatsApp will now be able to expand the service to 100 million users out of more than 400 million in the country.

In November last year, the NPCI approved increasing the user cap for WhatsApp’s payment service from the current 20 million to 40 million users.

The NPCI has been giving approval to WhatsApp in a phased manner so that the competition in the digital payment space — dominated by PhonePe, Google Pay and Paytm — is not stifled.

WhatsApp India has said it will make significant investments regarding digital payments on its platform across the country, to accelerate its growth in a market where adoption of UPI-based payments has exploded.

As the adoption of ‘payments on WhatsApp’ increases with users across the country, the company looks forward to working with the NPCI to further expand it to all users.

The Meta-owned company has introduced several India-specific features in payments on WhatsApp and have seen exciting results.

According to the NPCI, UPI had processed 5.04 billion transactions till March 29, amounting to Rs 8.88 trillion. 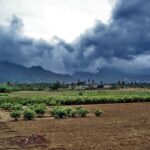 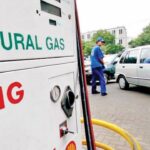