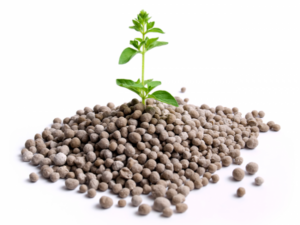 SAO PAULO: Brazil is the largest importer of fertilizer in the world but it is likely to face supply problems and shortages of some, especially potash, in the months ahead as a result of international sanctions imposed on Russia following its invasion of Ukraine.

Along with India, Brazil is one of the main buyers of fertilizers from Arab countries. Experts say that Arab nations could step in to help agrobusinesses in the South American country cope with the shortfalls.

A week before Russia launched its offensive in Ukraine, Brazilian President Jair Bolsonaro visited his Russian counterpart, Vladimir Putin, to discuss, among other things, Russian exports of fertilizers to Brazil. Given events since then it seems unlikely that this official visit will have any positive effect.

Twenty-eight percent of Brazilian fertilizer imports come from Russia and Belarus. In terms of potassium-based fertilizers, the two Eastern European countries supply nearly half of Brazil’s needs.
The threat of a possible crisis in the supply of potash to Brazil had already increased in mid-2021, when Western countries imposed sanctions on Belarus in response to alleged human rights violations, Marcelo Mello, the director of fertilizers at financial services network StoneX Brazil, told Arab News.

“Now, with the war, a supply crisis has become inevitable,” he added.

He estimates that demand in Brazil for potassium-based fertilizers will exceed supply by about 25 percent.

The supply of phosphate fertilizers is also under threat, given that Russia is the third-largest exporter of these in the world, but a supply shortage does not seem to be inevitable just yet, Mello said.

“But we cannot affirm that it will not happen,” he added.

According to Annelise Sakamoto, analyst of fertilizers at corporate investment bank Itau BBA, European nations and the US have been looking for alternative suppliers, given that spring is in the air in the Northern hemisphere. In Brazil, the situation will be more of a concern later in the year, she told Arab News.

The price of fertilizers will rise because of the limited supply, she added, resulting in higher costs for Brazilian producers.

“We have already been noticing the impact on corn and soybeans, the prices of which are going up,” Sakamoto said.

According to Mello, fertilizers currently account for about 35 percent of the costs of planting crops.
This week, Brazilian Agriculture Minister Tereza Cristina visited Canada, the world’s biggest producer of potash, in an attempt to secure increased supplies.

However, part of the solution might also be found in Arab countries. On March 10, Cristina met ambassadors from North African and Gulf nations to discuss increases in exports of fertilizers to Brazil. The meeting was promoted by the Arab-Brazilian Chamber of Commerce, known by the Portuguese-language abbreviation CCAB, which carried out a study of the potential benefits.
According to Osmar Chohfi, the chamber’s president, 26 percent of the fertilizers imported by Brazil currently come from Arab countries. The main exporters are Morocco, Qatar, Oman, Saudi Arabia and Algeria.

“With the European crisis, we realized that incentivizing the expansion of Arab exports could be a way of helping Brazilian agrobusiness and at the same time increase trade, which is our mission,” Chohfi told Arab News.

In 2021 the trade was worth $4.2 billion, according to CCAB. Nitrogen fertilizers, especially urea, and phosphates are the main types supplied by Arab nations to Brazil, Chohfi said.

“But there is also a potential for larger potash exports by Jordan. We will evaluate it,” he added.
Jordanian potash exports to Brazil were worth $70 million last year.

An increase in fertilizer exports from Arab nations to Brazil will create a few challenges, including logistical issues — there is no direct maritime route and so transit times are lengthy — and a current lack of awareness among Brazilians and Arabs of each other’s capabilities and requirements.
“We are now investigating what are the Arabs’ deficiencies and possibilities, and what are the exact needs of Brazilian importers,” Chohfi said. “In the next few days we will have a better understanding of the situation.”

The CCAB has also pointed out that there is a lack of trade agreements that could make the whole process easier. There is only one active deal, between Egypt and the South American trade bloc Mercosur, which has shown impressive results in terms of fertilizer trade in just a few years.

Chohfi said that Brazil and Arab nations already engage in mutually beneficial trade in the agricultural sector and so it is only natural that in times of crisis that threaten to affect that sector, both sides would consider strengthening their relationship.

“Brazil is the best partner of the Arabs in Latin America,” he said. “It helps Arab countries to secure access to food of high quality and is the largest buyer of their fertilizers.”

Another goal of the CCAB is to promote joint ventures between Brazil and Arab nations that can expand the production of fertilizers.

“Considering their needs, Brazilian investors may be interested in directly funding production in Arab nations,” Chohfi said. “It would have strategic value for them.” 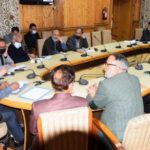 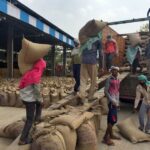