Jaipur, Jan 18:  Believe it or not but a Class 10 dropout from Rajasthan would be rubbing shoulders with scientists and academicians to design organic farming curriculum for agricultural universities in India.

The man with a mission is Hukumchand Patidar, a farmer from Manpura village in Rajasthan’s Jhalawar district. He has been assigned the task of designing the curriculum on organic farming for India’s agricultural universities.

Interestingly, he is least worried about the fact that he holds no degree. “Our ancient texts and manuscripts taught me facts on organic farming and I shall share the same with my colleagues in the panel,” he said.

“The module I am working on, natural and cow dung-related agriculture, shall be introduced in schools, colleges and universities,” Patidar said.

He advocates using ‘panchgavya’ or the five elements derived from cows to nourish the soil and make crops healthier and has been a consultant to Rajasthan’s four agricultural universities on the subject of organic farming.

Patidar decided to foray into organic farming in 2005 even as his family and friends opposed the idea of experimentation fearing losses.

Unaffected by the lack of encouragement, he started organic farming on a small patch of 25-hectare farm.

Today, Patidar, besides earning in millions, also exports the produce to Japan, Germany and Switzerland.

In fact, his organic produce fetches him 40 per cent higher rate than crops grown through the conventional method of farming.

Patidar, hence, has been felicitated with the Padma Shri in 2018 for his efforts towards promoting organic farming at his farm — Swami Vivekananda Jaivik Krishi Anusandhan Kendra.

He has decided to get into organic farming after realising that “conventional farming was proving dangerous and its harmful effects were visible on the health of people and the environment”.

“I realised that land productivity was falling with conventional agriculture that uses chemicals and the soil was being harmed and crops were becoming poisonous,” he said.

Therefore, he started organic farming and helped turn his native village of Manpura into a fully chemical free farm patch.

Looking at his achievements, he has been included in the national curriculum committee set up by the Indian Council for Agriculture Research as he has expertise in growing organic oranges, pulses, onion, coriander and fennel, the bulk of which is exported to Europe.

“After introducing several measures to enhance my farmland’s carbon cycle, I have received a positive impact as the land conditions have become more conducive to the growth of microorganisms and insects which are making the soil fertile,” Patidar said.

He endorses nature more than technology, and on the Facebook post of Swami Vivekanand Jaivik Krishi Anusandhan Kendra Manpura, he mentions: “Our elders were far ahead of us, scientifically.” 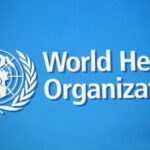 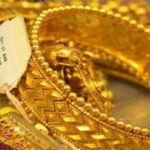