Srinagar, Jan 17 : In the past two years, the private education sector of Kashmir has recorded a loss of more than Rs 300 crores following the outbreak of COVID-19.

Sources told the news agency—Kashmir News Observer (KNO), “Since the outbreak of COVID-19 in 2020 that led to the closure of educational establishments, the private schools in Kashmir valley have suffered a loss of over Rs 300 Crores.”

They said that among the tangible dips, major losses were witnessed among those schools that were availing the bus services or were developing the infrastructure and the regular maintenance.

Quoting the Survey, National Independent School Alliance (NISA), a teacher said that there was a loss of 84 percent in learning outcomes of teachers and students that include the teaching training, academic loss, growth of children in terms of rubrics

“In this season, more than Rs 150 crores fee have been charged by the private coaching centers that include Rs 100 crores advance,” he said.

He said, “How government allow private coaching centers to collect fees even after knowing that the Covid-19 lockdown was in the pipeline due to the surge in positive cases.” 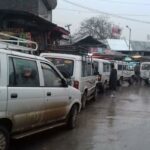 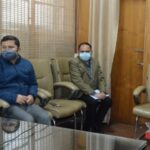