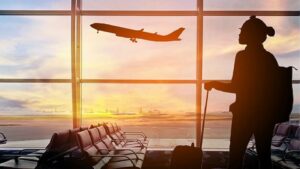 Srinagar, Jan 18: Srinagar-Sharjah direct flight has hit a turbulence yet again – this time a suspension due to a low number of passengers flying on the route.

Pertinently, the direct flight, which was a hit among J&K’s travelers, remained operational for about three months since its start on 23 October, 2021.

While officially no reason has been given for the sudden suspension, sources told Ziraat Times that the suspension has happened due to a low number of passengers traveling on the flights for the last few days.

Some of the frequent travelers on the sector maintain that the lower interest among travelers is not only due to the ongoing Omicron wave but actually due to the higher cost of travel on this sector compared to direct Delhi-Sharjah/Dubai sectors.

“The thing is that most travelers traveling from J&K have to travel to Dubai for work, while some take this sector for transit for onward destinations. The fact is that the travel cost between Sharjah and Dubai is high, so is the high Covid test cost at Srinagar airport”, he added.

On the other hand, officials maintain that the main reason for the Srinagar- Sharjah direct flight service suspension is owing to a sharp increase in COVID19 cases.

“The main reason is the Omicron wave, which has subdued traveling sentiment. Moreover, a majority of travelers these days were the travelers traveling from Delhi airport and taking this flight after transit at Srinagar airport. The number of those travelers has gone done due to Covid situation”, an airline official said.

Another official cites the flight operation cost due to change in the route after Islamabad denied airspace for the direct Srinagar-Sharjah flight.

While the airline operating the flight maintains that this suspension is for a short period of time, frequent travelers from Srinagar remain skeptical about the interest of those travelers who take the Srinagar-Sharjah route as transit for their Delhi-Dubai travel.

“A good number of travelers who would take the Srinagar-Sharjah flight were mainly workers working in Sharjah and Dubai. The reason they would book their tickets on Srinagar transit flight is because the initial travel cost was lower than the direct Delhi-Dubai flight cost. But now the total cost of travel from Srinagar is higher, so they would not, naturally, prefer to fly through Srinagar transit”, a travel agent based in Delhi told Ziraat Times.

Sandeep Thakur, a professional who works in Dubai and had recently taken a transit flight from Delhi to Sharjah via Srinagar agrees, “See I took the Srinagar flight because the cost was coming lower than the Delhi-Dubai flight. Then I discovered the hassle of Covid testing at Srinagar airport and the taxi cost from Sharjah to Dubai. It is much higher than the cost of flying between Delhi-Dubai directly. So I am not going to take the transit flight from Srinagar any time soon due to cost reasons”. 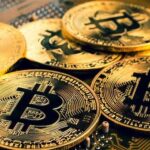 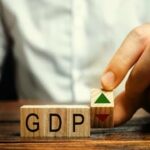