Kupwara, Jan 10: Determination of youth to set up business ventures for self-employment is tapped by the government through different beneficiary schemes. The proactive approach of the Fisheries Department to guide and facilitate youth, besides providing market facilities motivated them to invest in fish culture which is proving to be one of the lucrative and viable businesses.

General youth, especially educated unemployed ones are opting this sector as means of earning their livelihood. Today, thousands of people are directly or indirectly engaged with this business and entrepreneurship.

Kupwara, the border and hilly district of Jammu and Kashmir, bestowed with natural water resources, has a great potential for growth of Fisheries and aquaculture products.

The Department of Fisheries in Kupwara employs all possible efforts to further boost the activities both at Government level as well as in the private sector to achieve the highest mark of development in the sector. A massive impetus on the aquaculture in the district has been seen due to centrally sponsored schemes including Pradhan Mantri Matsya Sampada Yojna (PMMSY) which aims to achieve the target results through sustained and focused activities.

During the last five years, the fish production of the district increased manifold with 9738 quintals production achieved during 2020-21. Assistant Director, Department of fisheries, Kupwara Unit details that during the last 9 months of current financial year recorded 8972 quintals of production while the trout production is expected to touch 200 quintals in March, 2022.

The inclination towards fish culture among the locals in Kupwara is overwhelming as the concerned department saw registration of 711 fishermen while the number of fish farmers touches to 106. In the district, this sector provides livelihood to 817 families consisting of 5000 souls.

“The Trout Stream Mawar in Handwara subdivision of district Kupwara is famous for trout angling.The stream is regularly being stocked with quality trout seed produced in different hatcheries of Kashmir Division especially Trout Hatchery Laribal Dachigam. The Anglers of different locations after Proper permission are allowed to catch fish. This activity is an attraction for the Tourists, especially those who are fond of Angling thus adds to the economy of the common people of the area and also becomes a source of income for the Shakarees( fishermen)of the local area, who help Anglers during fishing. During the current year 33 Anglers enjoyed fishing. The Anglers were happy as they got a good catch of Brown Trout with weight range of 500 gms to 2 Kgs’, said the A D Fisheries, adding , that was only possible because of proper watch and ward of trout streams and the department has collected a compensation of Rs.2.55 lakh from the poachers who were caught red handed during illegal fishing and mining.

Sajjad further said that the department has established 03 Carp Fish Farms at Kohroo in Langate, Bohipora in Kupwara and Dewar in Lolab; likewise established 03 Trout Rearing Units at Kutlari in Mawar, Kalaroos and Sulimaan in Karnah subdivision. He said these units are functioning as innovation for fish farmers , besides providing seed.Last year 24330 Numbers of quality fish seed was provided to fish farmers of the district, besides 24000 Numbers were stocked into Irrigation Sars in the district.

He said at Trout Rearing Unit Kutlari Mawar, Trout sale of Rs.7.21 lakh has been recorded during the current financial year so far as against 2.90 lakh in the year 2017-18. Likewise good sales are being recorded in other Trout Units also.

He further said that for the convenience of fish farmers and the general public, a fully equipped fish sale centre has been established with the full support of the District Administration in the main market Kupwara. 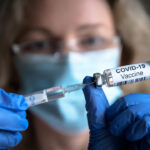 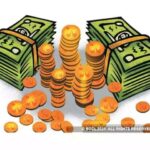