Srinagar, Jan 1: Season’s first big snowfall is likely in Kashmir valley, Chenab and Upper Pirpanjal valleys, Kargil-Zanaskar regions and upper parts of Ladakh starting from coming Tuesday and culminating on Friday and Saturday in some parts of the state.

According to Ziraat Times Weather Outlook, a major moisture bearing cloud system – which is presently resulting in precipitation in parts of Mediterranean and Persian Gulf countries of Egypt, Syria, UAE and Iran – is likely to proceed with greater moisture intensity towards Afghanistan, northern Pakistan and northern India coming week, resulting in season’s major snowfall in Kashmir.

Due to unusually higher temperature in the lower atmosphere, plain areas might also experience rainfall and sleet during this period.

Farmers are advised to plan their orchard and other farming activities accordingly.

Based on the analysis of multiple data by Ziraat Times related to the likely extent of cloud cover and  density, wind speeds and direction probabilities, humidity and temperature differentials, here is the detailed weather outlook for 2 Jan – 7 Jan, 2022:

Monday  – 3 Jan: Monday during day time is likely to be dry in most parts of J&K. Snowfall is possible during evening time in some parts of Kashmir valley and upper Chenab valley areas mainly Upper Kishtwar, Upper Bhaderwah, Sonamarg, Zojila Pass areas, Wadwan and Kargil-Zanaskar areas.

Jammu plains are likely to receive moderate to heavy rainfall during this period.

Friday onwards a separate weather outlook will be issued.

According to the analysis of varied weather data by Ziraat Times, the following is the estimated snowfall to occur area wise in J&K during the coming week.

Note: Ziraat Times issues weather forecasts/outlooks in the interest of farmers and the general public to address the need for specific and detailed geographical forecasts. ZT forecasts are based on the analysis of multiple weather data – including cloud movement models associated with the westerly jet and localized cloud formation, temperature and wind speed differential models within J&K and surrounding regions, past weather patterns and traditional knowledge. It may be noted that we do not rely on online weather portals for their predictions and, therefore, we avoid issuing long and medium term forecasts, which are mostly unreliable. 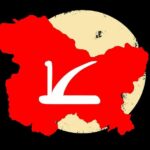 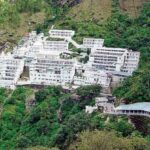