Mumbai, Jan 18: As the ongoing pandemic impacted the job market and become a catalyst for employees resetting their priorities, a report has revealed that about 71 percent of workers surveyed are rethinking their careers and might explore a different career.

While economies across the globe struggled with a new wave of Covid-19, the event had a significant impact on the labour market, the report by global job site Indeed revealed that as many as 71 per cent of employees surveyed said they are rethinking their careers and may even see if a different career is worth pursuing .

The Indeed India Hiring Tracker HY2 2021, is based on a survey conducted by Valuvox among 1,219 employers and 1,511 employees during October and November 2021.

The report further found that 51 percent pondered if their current job is fulfilling a purpose, while a larger proportion of 67 percent questioned themselves of being in the right job.

Another 61 percent of employees also said they are seriously thinking to reprioritise their job in favour of other life priorities, it observed.

The consequences of the re-evaluation have resulted in about three out of 10 employees thinking of quitting their current jobs, said the report.

The report also revealed that this thought has occurred to a greater proportion of male employees (31 percent) than women employees (19 percent).

According to the data, Covid-19 has brought a paradigm shift in the priorities of the employees. For 68 percent of surveyed employees, job satisfaction was solely ranked as ‘very’ or ‘most’ important aspect followed by salary and job satisfaction for 62 percent, the report said.

Work-life balance was a close third with 61 per cent of employees prioritising for the same, it noted.

Although employees are looking for flexibility, work-life balance, the purpose of work and job satisfaction, the report revealed that it may take some more time to transform this into a reality.

About 77 per cent of employees said their workplaces do not offer flexibility, while only 7 per cent got the privilege of the flexibility of working fewer hours for reduced pay, it said.

Irrespective of hierarchies and education levels most employees (49 per cent) were found working 5-day a week with 51 per cent of them clocking 6-8 hours a day, it said.

Meanwhile, it found that remote work have blurred lines between personal and professional lives, more than half of male employees (57 per cent) worked for 6-8 hours a day during Covid compared pre-Covid where only 15 per cent of male employees worked for the same duration.

While the percentage of women working for 6-8 hours has grown marginally to 43 per cent from 41 per cent pre-Covid, it said.

“The tracker sees employers and employees in tandem as employees reprioritise their career. Flexibility at work continues to remain an important conversation and it is important to pay attention to what employees want, to enable them to thrive in a new work environment.

“Similarly, with more employers hiring in the second half of the year and businesses changing their hiring priorities from sales roles to data analytics roles indicate that businesses are well past the recovery phase and are poised for strong growth, Indeed India Head of Sales Sashi Kumar added. 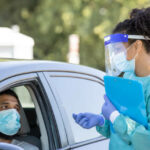 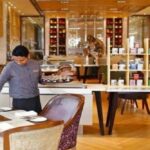