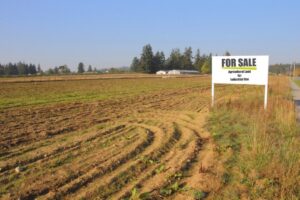 As per a notification issued by J&K Board of Revenue, these regulations will come into force with effect from the date of publication of notification in the official gazette.

Regulations have been notified by the Board of Revenue in exercise of the powers conferred by the sub-section (4) of section 133-A read with sub-section (2) of section 5A of the Jammu and Kashmir Land Revenue Act, Samvat 1996.

Following are the rules and procedures for the land conversion process:

A permission to convert the use of agricultural land for any non-agricultural purpose may be granted by the District Collector after recommendations from the District Level Committee and after depositing the requisite fee. The permission will be granted subject to the provisions of the Jammu and Kashmir Land Revenue Act and Rules.

Rules specify that the land will not be used for a purpose other than that for which permission is granted. “Besides, the applicant shall commence the non agricultural use applied for within one year from the date of the order made by the District Collector in that behalf, failing which, unless said period is extended by the District Collector from time to time, up to the maximum period of two years from the first date of permission, the permission granted shall be deemed to have lapsed,” Rules mention.

With regard to permission for conversion, the regulations specify that a land owner may make an application to the competent authority for permission to convert or change the use of agricultural land for non-agricultural purposes as “residential purposes, beyond the 400 Sq meter” or “any other purpose.”

The District Collector will forward the application to the Revenue field agencies for verification and records and will also endorse a copy of application to Power Development Department, Public Works Department, Irrigation Flood Control, Jal Shakti Department, National Highway of India (as the case may be), Railways or Airport Authority (if required) and any other relevant agency or department for “verification” and seeking “no objection” in this regard.

This application will then be scrutinised by the District Level Committee chaired by the District Collector. The Committee after considering the genuineness of the claim will give its recommendations and the proceedings of deliberations of the Committee will be maintained by the Assistant Commissioner (Revenue) concerned and annexed with the case for consideration by the competent authority.

“The District Level Committee shall meet on a weekly basis, on a fixed day of the week, duly notified for information of the general public and the applicants, to consider the cases regarding change of the land use. However, the District Collector concerned may arrange additional meetings to dispose of the cases,” the regulations specify.

As per regulations, in order to ensure timely disposal of the applications, the District Collector will forthwith communicate deficiencies within a week of receipt of the application and any additional observations after consideration by the district level committee, preferably after its first meeting and at the most the second meeting. The line departments will ensure conveying their comments to the District Level Committee well in time to adhere to the timelines indicated herein.

The District Collector will ensure that decisions or comments on the application are necessarily conveyed to the applicant in the prescribed time frame and preferably, the third meeting after the application, complete in all respects and without any deficiencies, is received and considered by the committee.

“In case no such communication is issued by the District Collector, he shall ensure that the matter is also brought immediately to the notice of the Oversight Committee in the Revenue Department after three weeks of receipt of the application, complete in all respects. All the pending applications shall be reviewed in each meeting irrespective of the stage at which it is pending,” it was instructed.

“The time period for deciding application for grant of permission shall ordinarily be 30 days. If no decision or comment is conveyed within a period of 30 days after receipt of application complete in all respects, the District Collector shall, deeming due consideration, grant permission exercising the powers vested in him. He shall also report the details of such cases with explanatory note to the Revenue Department. 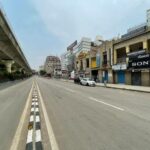 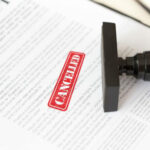