Srinagar, Dec 21: J&K power employees and engineers called off their three days long agitation at zero hours of Tuesday following a written agreement between administration and representatives of the striking employees. The deadlock ended following marathon meetings between civil administration and representatives of the Unions of striking employees, All India Power Engineers Federation (AIPEF) said in a statement emailed to Ziraat Times today.

All India Power Engineers Federation (AIPEF ) has welcomed the end of the the strike after administration accepted all four demands of striking employees.

V K Gupta spokesperson AIPEF said that “in a written agreement the  Government has put on hold the proposed formation of  the joint venture company of JKPTCL AND PGCIL. A committee would be constituted including Jammu & Kashmir Power employees and Engineers coordination committee (JKPEECC) which will make recommendations regarding reforms in the power sector.”

He further said that the issue of salary component has been guaranteed and its timely  disbursement along with the issue of addressing the regularisation of engineers and also DPCs of daily wager shall be resolved in time bound manner. Further  the service conditions of employees of JKPDD on deputation to CVPPPL shall also be revisited and  examined.

Sachin Tikoo, convener of JKPEECC has thanked Shalindra Dubey for timely support and guidance. He said that they are firm on its stand that JVC will not be allowed in any circumstances in the state. After the agreement the employees have  restored  power supply in  most of the affected areas of state by noon today. 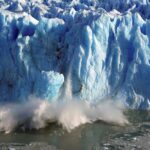 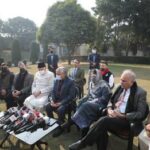