SRINAGAR, DEC 16: All banks in Srinagar district have disbursed credit to the tune of Rs 2984.38 crore  among 69647 individuals under priority and non-priority sectors by quarter ended September, 2021 against the target of 6574.9 crore for 145792 beneficiaries.

This was informed at  a meeting of District Level Review Committee (DLRC) which was held here today under the Chairmanship of District Development Commissioner (DDC) Srinagar, Mohammed Aijaz Asad to review the progress achieved during 2021-22 under Annual District Credit Plan.

Speaking on the occasion, the DDC emphasized that all line departments and banks operating in the district shall strengthen the IEC activities to educate and sensitize the public about financial literacy particularly in rural and urban belts of Srinagar about various banking products and Government sponsored schemes so that they can avail the benefits of such schemes by setting up income generating units. He also stressed on enhancement in the overall credit flow of banks in the District which is must for financial impetus and improving income levels and thereby help in raising standard of living of people.

The DDC also asked Banks and all line Departments to encourage novice entrepreneurs under economic activities to inspire them for setting up viable income generating units in the district. He called upon officers to work in unison with added vigour and zeal and set realistic targets so that desired results are achieved to make the Srinagar district a model for development. He also advised the representatives of financial institutions and sponsoring agencies to come forward and help the unemployed youth of the capital for eradicating poverty, unemployment and reaching out to the poorest of the poor.

While expressing his satisfaction over the performance of J&K Bank regarding achievements of targets, the DDC urged the other banks to improve the performance to touch the targets.

The DC asked the concerned to devise a mechanism in segregation of loan cases and sponsored an adequate share to the banks other than J&K Bank. While District Officers were asked to cross check the data with due diligence before submitting it to higher authorities for yielding better results. He was also directed to conduct a pre PLP exercise to benchmark the previous and current data.

Besides achievements made under other Government sponsored schemes including JKREGP, NRLM, Pradhan Mantri Mudra Yojana and enrollment under Social Security Schemes.
Giving overview of credit disbursement through different schemes, the Lead District Bank Manager, Abdul Majid informed the meeting that credit disbursement of Rs 3.43 crore has been provided to 51 beneficiaries of Srinagar District under MUMKIN scheme.

Under the PMEGP scheme, total 1735 cases have been sponsored out of which 1584 cases have been processed at different banks and Rs. 23.22 crore have been disbursed among the beneficiaries so far.
Similarly, under Pradhan Mantri SVANIDHI schemes Rs 4.61 crore were disbursed among 4613 registered street vendors in the district under which urban street vendors are eligible to avail a loan of Rs 10000 with tenure of one year with interest subsidy of 7 percent to handholding of youth.
Under Pradhan Mantri Mudra Yojana, an amount to the tune of Rs 337.32 crore has been disbursed among 11191 beneficiaries. 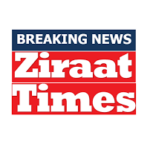 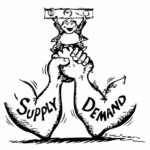