Follow us
Menu
Follow us
Search
KOLKATA, NOV 30: J&K’s Lieutenant Governor, Manoj Sinha today held interactions with industry leaders at Kolkata and invited them to invest in Jammu Kashmir.
The event organized by Jammu & Kashmir Trade Promotion Organisation (JKTPO), Department of Industries and Commerce, J&K in association with Confederation of Indian Industry (CII) included Industrialist/ Investors from Eastern India, an official statement said.
While discussing about the host of interventions made by the J&K Government for creating a sustainable, balanced, progressive and competitive industrial ecosystem in the region, the Lt Governor made several important announcements on the occasion.
‘The proposed investment has already reached Rs. 31,000 Cr and is expected to cross Rs.51,000 Cr by the end of the financial year. Given the response received, the government is enhancing the scheme outlay to meet the demand’, the Lt Governor observed.
“With the quantum jump witnessed in the proposals received for setting up business enterprises, the demand for land has correspondingly increased, and to meet the growing demand, Land Bank is being developed across the UT. The Lt Governor announced that the UT government is coming up with the rules governing change of land use shortly to facilitate the setting up of business enterprises on private land”, he said.
The Lt Governor further announced that the UT administration has a detailed “What you need” plan ready because we know that everybody wants a return on their investment sooner than later.
‘This will ensure the seamless establishment of business enterprises on private lands. Business enterprises coming up on private land shall be entitled to all the incentives as per extant policy and procedure’, the Lt Governor added.
Due to the second wave of Covid and subsequent lockdown, several new industrial units have not been able to come into production within the specified timelines. To redress the issue, the Government is mulling to give a one-time extension to such units, upto March 31, 2022 for coming into production, announced the Lt Governor.
Elaborating on the efforts being made by the J&K Government to encourage new investment, and to nurture the existing industries, the Lt Governor said that J&K is one of the best destinations in the country for setting up new businesses as of now with the best incentives and improving infrastructure facilities.
“We are fulfilling all the crucial requirements of the industries including transparent policy of land allotment, private industrial estate development, ensuring ease of doing business, besides the administration has actively worked with solutions approach and introduced around 160 new initiatives and reforms in a short period of time”, the Lt Governor observed.
Promotion of industrial units, providing capital Incentive, a liberal capital Interest subvention, GST Linked Incentive, Ease of Doing Business,  development of sector-specific Industrial Estates and Parks,  Single Window system, are some of the reforms brought in by the government to unleash the potential of the industrial sector, the Lt Governor added.
The Single Window Portal is being made live with 120 online services. For keeping in sync, the J&K Single Window Portal is being integrated with National Single Window System shortly. Further, J&K shall be the first UT to implement all the 301 business reform action points under Ease of Doing Business initiative of DPIIT by 31st December, 2021, informed the Lt Governor.
Besides, there is an ‘amazingly easy interface with the government’ through responsive governance & minimum government, in addition to being logistically the most attractive region with industrial land bank, sector-specific policy and international air cargo facility. In addition, by December, 2022, the train will also reach Kashmir giving alternate all-weather connectivity to the valley, he added.
“This is the dawn of a new era for the growth, development, and overall well-being of the people of J&K. Barriers to trade and commerce have been removed. The people of J&K can now fully enjoy the rights and benefits enjoyed by all other citizens of India,” the Lt Governor observed.
Ranjan Prakash Thakur, Principal Secretary to J&K Government, Industries & Commerce Department and Ms. Ankita Kar, Managing Director, JKTPO elaborated on investment opportunities that J&K is offering to the Industries.
Principal Secretary Industries invited industry members to visit J&K and witness the changes on the ground themselves and take benefit of the best industrial policy in the country.
“We are confident that such steps coupled with the Central Government’s and UT Administration’s efforts in J&K will soon create an environment for attracting industry to the UT,” said Sh Subhasendu Chatterjee, Vice Chairman CII West Bengal State Council and Wholetime Director of Haldia Petrochemicals.
The event was attended by over 40 delegates and some prominent industry groups included Tata Steels, Haldia Petrochemicals, Anmol Feeds, Eveready Industries, KCT Industries, Herbalife Industries, Green Ply Industries, Titagarh Wagons, Apeejay Surrendra Park Hotels Limited. 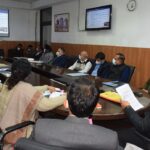 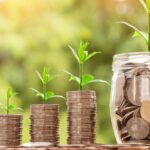