New Delhi, Nov 26 :India on Friday said it has taken up with Pakistan the matter of overflight clearances for flights from Srinagar to Sharjah, but has not got a response yet.
Earlier this month, government officials said Pakistan has denied use of its airspace to Go First’s Srinagar-Sharjah flight. According to officials, till October 31, the flight was going through Pakistan airspace.
Asked about the issue at a media briefing, Ministry of External Affairs Spokesperson Arindam Bagchi said, “We have taken up the matter with the government of Pakistan for overflight clearances of flights from Srinagar to Sharjah. We have not received a response.”
Asked if India was considering reciprocal measures and stop overflight clearances to PIA flights to Kuala Lumpur and Singapore, Bagchi said, “I don’t have any indication of whether we are looking at the kind of steps you had alluded to.”
To a separate question on a cargo ship from Karachi to China detained by Indian authorities and media reports on the “seizure of possible radioactive material”, he said that there was a seizure of a ship, rather of containers, and the Department of Atomic Energy has sent a team to look at what exactly the containers contain.
“Once they have completed that we will be in a position to share what the situation is,” he added.
Asked about the new COVID-19 strain found in South Africa, Bagchi said, “This is a developing incident. We just saw a briefing by the World Health Organisation. I don’t have any immediate information on the steps that we are taking. This is an issue more for our health authorities and our civil aviation authorities.” PTI 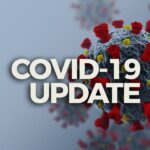