Kulgam, Nov 24: A 58-year-old man died after he fell from an apple tree in Shurat village of South Kashmir’s Kulgam district on Wednesday afternoon.

The man is believed to have been engaged in pruning of the tree.

An official told the news agency—Kashmir News Observer (KNO) that a man identified as Ali Mohammad Rather, son of Ghulam Rasool of Shurat Kulgam fell from an Apple tree.

“He died on the spot,” the official said, adding that the body is being handed over the family for last rites—(KNO) 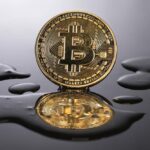