New Delhi, Oct 22: The Reserve Bank of India on Friday released a final set of tighter, bank-like regulations for the non-bank finance sector to ensure better monitoring and prevent any failures from having knock-on effects on the rest of the financial world.

The central bank has gradually moved towards tighter norms for non-banking finance companies (NBFCs) since one of the biggest firms – Infrastructure Leasing & Financial Services – collapsed in late 2018 amid fraud allegations.

The following year Dewan Housing Finance Corp and Altico Capital defaulted on payments, while Srei Infrastructure Finance joined the list of defaulters in 2021.

“Many entities have grown and become systemically significant and hence there is a need to align the regulatory framework for NBFCs keeping in view their changing risk profile,” the RBI said.

The new framework will have a four-tier structure with only about 25 to 30 of the 9,000-plus NBFCs in the top two tiers with the strictest regulations.

“The top layer will ideally remain empty. This layer can get populated if the Reserve Bank is of the opinion that there is a substantial increase in the potential systemic risk from specific NBFCs in the upper layer. Such NBFCs shall move to the top layer from the upper layer,” RBI said.

The central bank said NBFCs not using public funds or having any exposure to consumer funds have a different risk profile and need different regulatory treatment and the RBI will draw up separate regulations for them.

It also said that exposure to capital markets, both directly and indirectly, as well as to commercial real estate will be treated as sensitive areas for NBFCs and that the firms will need to fix board-approved internal limits for such exposures separately.

It also set a ceiling of 100 million rupees per borrower for financing subscriptions to initial public offerings and allowed individual firms to set even more conservative limits if they want. The IPO funding ceiling will take effect in April, the central bank said. 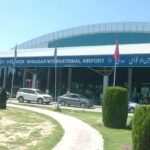