JAMMU, OCT 14: As part of ongoing ‘Public Outreach Programme’ in J&K, Union Minister for Petroleum & Natural Gas and Housing & Urban Development, Hardeep Singh Puri today said that the Metro Rail Project in J&K will be approved by next week and the demand of LPG Gas pipeline for J&K will also be given a top priority by the Government.

Mr Puri said this while e-inaugurating and laying e-foundation stones of many development projects of Jammu city at Convention Centre, Jammu.

Mr Puri further said that there is no compromise on the development agenda and timelines are set before for the completion of projects like the deadline for Central Vista Project has been set which will be completed before 26th January, 2022. He also mentioned that the projects are being completed before their deadlines under the current government.

Saying that many schemes under the present government are reaching to their saturation points, the Minister said that under PM Ujjwala Yojana 1.0, eight crore LPG connections have been provided to the beneficiaries. He also said that timely implementation of all schemes has been stressed by this Government.

The Minister also said that after the abrogation of Article 370, the development projects that were languishing from years in J&K, have been taken up and many have been completed in these years.

Jugal Kishore Sharma, Member of Parliament from Jammu said that after Narendra Modi took oath as the PM of India, many new schemes and programmes have been launched for the welfare of the people. He also said that a new dawn of development has been set in J&K after the abrogation of Article 370 which is evident from the fact that the benefits of schemes & programmes are reaching to its actual beneficiaries in J&K. 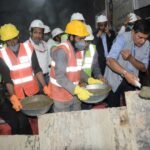 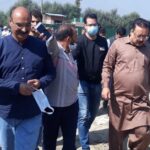