New Delhi, Oct 10: Three thermal power stations have been shut in Punjab, four in Kerala, thirteen in Maharashtra due to a shortage of coal.

This shortage of coal and lower power generation is feared to result in frequent blackouts in the country, including in J&K.

Fearing a possible power crisis, the chief ministers of Karnataka and Punjab have now requested the Centre to increase coal supply to their states. Maharashtra’s energy department has urged citizens to save electricity and the Kerala government warned that they may have to resort to load-shedding. Delhi Chief Minister Arvind Kejriwal urged Prime Minister Narendra Modi to intervene so that coal and gas can be diverted to plants that supply electricity.

Meanwhile, Union Power Minister R K Singh on Sunday stated that there was no power shortage in Delhi and assured that coal supply will be maintained going forward. Singh said the country is four days ahead of the average requirement of coal per day and an “unnecessary panic” was being created over the issue.

The states definitely seem to be panicking. The Centre believes there is no need to worry. Here are all the top developments regarding coal shortage and the possible power crisis in India.

WHAT DOES THE DATA SAY?

According to Central Electricity Authority of India data, the country is facing an unprecedented shortage of coal stocks in thermal plants which could lead to a power crisis. On October 5, out of 135 thermal plants that use coal for power generation, 106 or nearly 80 per cent were either in the critical or supercritical stage, i.e. they had stocks only for the next 6-7 days.

WHAT IS THE CENTRE SAYING?

“I have asked the Gas Authority of India Ltd to continue supplying the required amount of gas to power stations across the country. He has assured me that the supplies will continue. Neither was there any shortage of gas in the past, nor will it happen in the future,” he said.

The Coal Ministry said the country has adequate coal stocks and low inventory doesn’t mean power generation would stop as stock is being continuously replenished.

How will India meet the coal demand?

Earlier this week, Coal India said it would increase production to meet the domestic demand. The announcement saw a significant effect on its shares as it was last trading 1.86 per cent higher at Rs 188.35.

Shares of other power producers such as NTPC Ltd, Tata Power and Torrent Power also have been rising rapidly this week.

“This is an opportunity for Coal India to scale up production but it is somehow unable to grab it for now. Due to the monsoon season, Coal India is facing logistical issues to ramp up production. However, in the coming two months, the situation will improve,” Pankaj Nyati said.

“Also, Coal India has been increasing its resources from the last two years to produce coal at this level after the central government said it wanted to reduce India’s reliance on imported coal,” he added.

However, the scaling up of production requires higher input cost, which is difficult in India as the state-run distribution companies have absorbed rising prices to keep power tariffs steady.

According to a report in PTI on September 13, Coal India has informally discussed the matter with board members and most of them have acknowledged the need to hike the prices of coal. The state-run firm raised coal prices by at least 10-11 per cent, which would be the first hike in dry fuel since 2018.

The currently regulated price realisation of coal is Rs 1,394 per tonne. Coal India is awaiting the government’s nod, following which it will take the final call, the PTI report said. 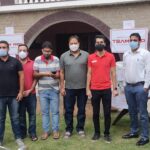 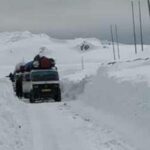