Nepal is planning to increase area under aromatic rice and wants to sell it as basmati, which experts here see as a threat to India’s efforts in getting a geographical indication (GI) for the rice variety.

India filed to register the name ‘basmati’ under GI in Europe in 2018, and the European Commission last year sought public comments. Nepal was reported to have submitted an objection that the aromatic variety was also grown there. India’s application also prompted Pakistan to pass a GI law and claim trademark over the rice variety.

In June, India hardened its stance on the GI tag as the country’s permanent representative to UNESCO, Vishal V Sharma, said Pakistan could not use the basmati trademark. Earlier, the European Commission had given time until September 10 to India and Pakistan to explore if they want a joint registration.

What is likely to work in India’s favour is that neither Pakistan nor Nepal has filed a claim over the basmati variety, and both have merely filed objections, experts said. India, meanwhile, has followed the proper procedure for several years for the GI, they said.

“Basmati GI can be granted to India, and EU may decide later if at all there is any claim filed by Pakistan. Nepal has been growing aromatic rice like many other states outside the basmati zone, but all aromatic rice cannot be termed basmati,” an expert said.

Four types of basmati rice varieties — Pokhreli Jetho Budho (registered in 2006), Lalka basmati (2010), Suddhodhan Kalanamak (2020) and Kalonuniya (2020) — have been registered at the National Seed Board in Nepal, according to a report in the Kathmandu Post. Farmers in one district have for the first time planted the aromatic rice on 2,000 hectares this year, of the total 7,500 hectares under paddy.

Considering the past instances of attempts to sell aromatic rice of other countries as basmati, registration under GI will help India protect the name legally.

The Agricultural and Processed Food Products Export Development Authority (Apeda) has also sought the registration of basmati under copyright law in 15-16 countries where there is no concept of GI. Basmati rice is grown below the foothills of the Himalayas in the Indo-Gangetic plains, which include some areas in Pakistan also.

“Basmati is, so far, the only GI product globally that is geographically spread over two countries, and there is no one authority where both Pakistan and India can jointly register before seeking recognition in other countries,” the expert quoted above said.

In Europe, it is easier to register jointly with the European Commission if any GI product is geographically separated between two countries, he said.

India’s basmati rice exports dropped 20% to $1.44 billion (`10,688 crore) during April-August this fiscal from the year-ago period. There was a fall in basmati exports in terms of both quantity (-16%) and unit value realisation (5%). Total export of basmati rice in FY21 had dropped 7% to $4.02 billion, on-year despite a 4% increase in terms of volume, as global prices dropped during the pandemic. 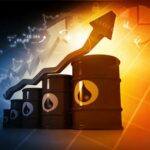