SRINAGAR, SEP 30: In order to address the grievances related to Migrant properties filed by the Kashmiri migrants in different categories, the District Administration Srinagar has resolved as many as 660 complaints till date since the launch of dedicated Online Grievance Portal for migrants, an official statement said Thursday.

Giving details about the grievances addressed in the district so far, the Deputy Commissioner (DC) Srinagar, Mohammad Aijaz Asad said that till date 660 grievances have been received by the District Administration, out of which 390 grievances alleging alienation by fraud or distress sale were resolved.

Similarly, 129 grievances alleging encroachments on migrant properties were also verified and resolved. Out of grievances of encroachment, the necessary demarcation of 20 cases has been done and necessary eviction notices have also been issued, though 12 of them are sub-judice before the High Court.

The DC further said that 16 cases of tampering of revenue records were also verified and replied back to the complainants. Cognizance has been taken and action being initiated against officials involved in tampering of Revenue records. While 18 cases of trespassing were also verified, out of which few were found lacking the exact details of the properties and the same have been sought for final resolution” he added.

He also said that some trespassing cases involved pending rentals with security forces and lack of compensation by the R&B (PWD) Department. In three cases of illegal trespassing the necessary follow up action has already been initiated, the DC further added.

The DC said that the district administration has taken prompt and timely steps to address the issues of migrants besides complaints filed by them through online(portal) or offline mode.

He said that the officers of Revenue and other concerned departments have been given clear directions to address the grievances concerning the land and property of the migrants on priority with zeal and commitment.

The DC said a robust mechanism has been put in place for redressal of such complaints as per law and in a time bound manner.

Meanwhile, a senior officer of District administration said that the DC has been taking regular review meetings on the subject and is personally monitoring the progress made on the redressal of migrants’ issues on a daily basis. 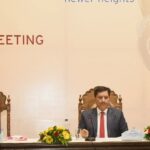