SRINAGAR, SEPT 9: As part of the Government of India’s public outreach programme for Jammu and Kashmir, Union Minister for Agriculture & Farmers Welfare and two Minister of State held interactions with farmers, horticulturists, agriculture scientists and other stakeholders to get first hand appraisals of numerous welfare schemes and polices being taken in the region.

The Minister was accompanied by his two deputies—Minister of State (MoS) for Agriculture & Farmers Welfare, Kailiash Choudhary and MoS Sushri Shobha Karandlaje.

The Minister termed the region as an important part of the country in its progress while calling J & K as the crown of India. He said this region is shoulder-to-shoulder in the country’s progress and development towards self-reliance.

He made these remarks while interacting with farmers, apple growers and horticulturists at the Center of Excellence at Zawoora Srinagar.

The Minister was responding to farmers and growers who raised several issues during their interaction with the visiting Union Ministers team. The issues the horticulturists flagged included absence of lending from other banks, start-up policy, Market Intervention Scheme (MIS) for C-grade apple produce, Fasal Bima Yojan for apples etc.

Counting the initiatives taken by the Prime Minister Narendra Modi since coming to power, Mr Tomar said that numerous schemes have been implemented for farmers and growers welfare throughout the country and there is visible change on the ground also.

While complimenting the J&K administration and Lieutenant Governor, Manoj Sinha, the Minister said that due to certain problems the region had suffered on development front but with the untiring efforts of PM Modi, J&K is progressing and playing its part in the country’s progress.

Minister ‘assured the farmers and growers from Kashmir that the Central Government is with them in every respect and the coming days will see a new and dynamic J&K.’

On the occasion, the Minister also assured that the credit lending would be extended from other banks also.

He said that the government will ensure that the farmers would be connected with hi-density infrastructure through Agri-Infrastructure funds.

The Ministers also inspected Center’s Laboratory-cum-Training Center where they were informed that the center has facilities for the production of high quality fruit plants, micro-irrigation, high-tech greenhouse technology, tissue culture labs, bio-control labs and weather forecasting station, besides facilities to analyze fruit diseases like scabies, leaf curl, brown rot, etc as well as training to the staff.

The visiting ministers were informed that temperate crops act as the backbone of the economy of the region by supporting around 10-12 lakh people and generating revenue of about Rs 13,000 crore annually.

In India total apple production is approximately about 28 lakh MTs and of which 20 lakh MTs are produced from J&K, it was told.

Speaking on the occasion, Mr Tomar said that there is a huge potential for intensification of apple orcharding system under HDP with new varieties having better colour, aroma, shelf life, shape etc for better consumer acceptability and market demand.

He said that ICAR-CITH Srinagar has emerged as a technology hub in temperate horticulture crops and the number of farmers having touch with CITH is increasing day-by-day.
On the occasion, the Ministers planted saplings of different fruit trees in the premises of ICAR-CIH.

The Minister also inspected the blocks of different varieties of fruits and vegetables like apple, peach, walnut, cherry etc. 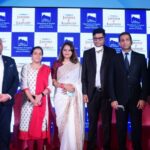 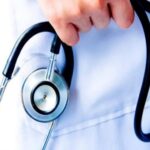