Srinagar, 15 Sept: The Jammu and Kashmir National Conference General Secretary Ali Muhammad Sagar on Wednesday stated that ‘people are fed up of the developmental hiatus’ and want an early end to the instability, unemployment, and development deficit in Jammu and Kashmir.

This was stated by the Party General Secretary while addressing party delegates of Khanyar Constituency here at Party headquarters Nawa-e-Subha, Srinagar. He said that the people of JK want an end to political instability, absence of democratic government, all prevailing development deficit, soaring unemployment, widespread development deficit and are looking up to NC to propel the region towards safe shores.

On the occasion Block President of Khanyar Constituency Bashir Ahmed Wani (Halwai) was re-elected as block president Khanyar. The exercise was transparently carried out by In-Charge election Dr Bashir Veeri and concerned observers.

“Seven years on, J&K presents a sad story of governance, and accountability. These years have been most traumatic and devastating with JK’s youth, farmers, traders, hoteliers, artisans and every democratic institution taking the biggest hit. The only thing that was achieved in JK all these years since 2015 was to upend more than two decades of reconciliation, development, progress and peacemaking. There has been no headway on major heath, education, road and rail network projects in the region since 2015,” he said. 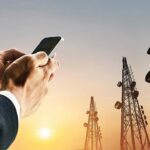 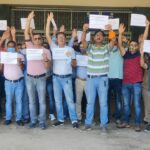