Srinagar, 13 Sept: The Jammu and Kashmir National Conference Party President, Member of Parliament from Srinagar Dr. Farooq Abdullah and Vice President Mr. Omar Abdullah on Monday expressed profound grief over the death of five members of a nomadic family, including three minors in a cloud burst incident in Dangiwacha, Hamam Marqoot in Sopore.

While expressing grief over the mishap, the Party President and Vice President said that the death of the five members of a family is a heart rendering tragedy. The duo while praying for peace to the departed asked the administration to ensure best of treatment to the injured. They also impressed upon the administration to carry out the rescue and relief operation on a war-footing basis.

Meantime Party’s General Secretary Ali Muhammad Sagar, Provincial President Nasir Aslam Wani, Member of Parliament from Baramulla Muhammad Akbar Lone have also expressed shock and grief over the unfortunate incident resulting in the loss of precious lives. The functionaries also asked the administration to carry-out the rescue and trace operation on a war-footing basis. They also impressed upon the administration to ensure the rehabilitation of the affected and best of medical treatment to the injured.

The duo offered Fatiha for the deceased and prayed for peace to them in the highest realms of Jannat. Sharing in the grief of bereaved, particularly Mian Altaf Sahib and Tanvir Sadiq Sahib, he prayed for much needed strength to them in their hour of grief and loss. 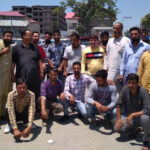 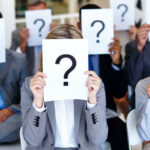