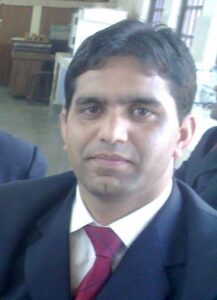 Populus Spp. Or Poplar (Vernacular: Fras: Safeeda) is a genus of 44 species of deciduous flowering plant in the family Salicaceae. It is a dioecious species having separate having separate male and female trees. These are widely distributed in the temperate and sub-tropical regions of the Northern Hemisphere. Six indigenous species of Poplars Viz., Populus Ciliata, Populus alba, P.euphratica, P.gamblii, P.jacquemontii and P.rotundifolia are reported in India. In recent years their cultivation has extended to Punjab, Haryana, Himachal, UP and West Bengal. Poplars are grown all over Jammu and Kashmir. A study on trees outside forests by Forest Survey of India reveals that poplars are one of the ten most prominent tree species grown in J and K with an approximate population of 15.22 million of different dia classes with a total estimated volume of 5.29 million cubic meters. In Kashmir region Populus is a bewildering genus with ancient history of traditional cultivation.

Indigenous species of poplars occurring in Jammu and Kashmir are discussed as under:

P.ciliata (Jungli Fras):  This species is distributed from Kmr. to Arunachal Pradesh at an altitude of 1300-3000 mt. This is the most widespread species of native poplars, Trees usually occur on the banks of water courses.

P.euphratica : It occurs in Ladakh region and extends to Punjab and Sindh (Pakistan), Tibet, Afghanistan, Iran, Iraq and Turkey.

P.alba (White poplar):  It occurs in Kannaur, Himachal Pradesh and parts of Kashmir and Ladakh.

P.deltoides (Russi Fras):  This is the most widely planted species of poplar in India.

P.nigra (Black poplar): This occurs in avenue plantations in the Kashmir valley.

Among the two exotic species while P.nigera was reportedly introduced as avenue tree around four centuries ago and P.deltoides was introduced by Department of Social Forestry during the year 1984. According to FSI report that around 90% of the volume realized from Poplars is obtained from the plantation of various clones of Populus deltoides . Locally misquoted as “Rousee Fras” (Russian Popular) though native to North America, a major portion of the plants of P.deltoides  in Kashmir are female cultivars.

Economic Importance or Benefits of poplars:

Poplars are fast growing deciduous trees. P.deltoides locally called Russi Fras is the most commonly grown of Poplars in agroforestry. Poplars are dioecious species  having separate male and female trees.  They have inflorescence in the form of catkins. Catkins of Male poplars are typically smaller and reddish purple in colour. Catkins of female Poplars are significantly larger and greenish in appearance. Female Poplars produce seed enveloped in cottony tufts for dispersal by wind. 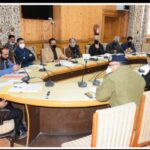